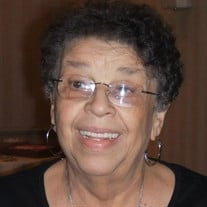 Mary Frances Moss Williams was born in Boston Massachusetts on December 17, 1933. She was the daughter of Clarence Lorenzo Moss and Carmen Montressa Harding Moss. Early Life Mary Frances’ family moved around quite a bit during her early life as her father sought work during the Depression. The one constant during this time was that her summers were always spent in Boston with her Nana or on Cape Cod with Aunt Nellie and Uncle Harold (Montressa’s dearest friends). Mary Frances spent the month of August at Camp Atwater in North Brookfield, Massachusetts, a place she truly loved, from the time she was 10 to 16. She attended schools in several places but she completed high school at Glenville in Cleveland Ohio. Upon graduation from high school, she attended Howard University College of Liberal Arts on scholarship. After three years in Liberal Arts, she transferred to the College of Pharmacy, from where she received a Bachelor of Science in Pharmacy in 1958. It was here in the College of Pharmacy that she met Lawson, the love of her life, and they would share many years together. She graduated on June 6th, got married the next day on June 7th and left to drive across country to Washington state on June 8th. Lawson had been drafted into the army and was stationed at Ft. Lewis in Tacoma, Washington. While she resided in Washington state, she completed the program of Medical Technology at Tacoma General Hospital/ University of Washington. After completion of this program, she became licensed as a Medical technologist by the American Society of Clinical Pathologists. Her final educational endeavor was at the George Washington University where she received a Master’s Certificate in Project Management. Employment When she returned to Washington DC from Washington State she was the Administrative Medical Technologist at the old Children’s Hospital. She decided to become a registered pharmacist to be able to contribute to the family income and also be a stay at home mom by working part time during the hours that her husband Lawson was off. She continued to only work part time until her children were in high school. She was the Pharmacy Director at The Hospital for Sick Children (HSC) in Washington DC for 20 years, overseeing the growth of the Pharmacy from a 300 sq. ft. to 3000 sq. ft. space with a commensurate growth in staff and services. The last five years of her employment at HSC was as Project Administrator for a program in conjunction with The NIH that provided comprehensive services for adolescents and those who cared for them, with a special focus on HIV infected/affected youth. After retirement from HSC, she went to work at Associated Black Charities in Baltimore MD where again she served the HIV population through the Ryan White Title I program. Her current employment was as Parish Administrator at St. Bartholomew’s Episcopal Church in Laytonsville, MD Religious Life Mary Frances was a lifelong Episcopalian. She was confirmed at St. Luke’s Episcopal Church in Washington DC by the late Bishop Dillard H. Brown. She has been a member at Transfiguration Episcopal Church since 1972. Community Service Community service in the early years was programs and services that were directed toward children- Girl Scouts, volunteering in school, participating in DC mentoring program. Once the children were grown, she became active in her sorority, Alpha Kappa Alpha. She also was treasurer for The Colesville Council of Community Congregations (C-4) for many years. Family Life Family was her life. Her husband and the children were her dearest possessions and she structured her work and other activities so that she could spend time with them. She sewed clothes for the girls, volunteered at school to be involved with their education, was a Girl Scout leader (Brownies) and worked at the Girl Scout summer Camp Civitan in Olney, MD. She attended the sports and cultural activities that they participated in, many days putting significant mileage on the VW bug, as she transported them from one activity to another. The family vacations were usually to the beach in New Jersey or sometimes to Cape Cod. As her children had children of their own, she was involved with their activities also and she spent a great deal of time and energy with her great granddaughter, Keiara. Interest & Hobbies Mary loved reading and the pursuit of knowledge. She was well versed on a wide variety of topics. Many in her generation never made the technology leap, but Mary mastered it. She was rarely without her iPhone or Kindle, which stored the large number of books she read. She maintained a sharp mind by doing all kinds of puzzles, playing brain games and always utilizing her hands to create. When her children were young, she sewed clothes for them. She enjoyed knitting and crocheting. She used creative energy to make colorful scrapbooks capturing special occasions. She transformed a bedroom into a craft room in her home. She taught herself to make all kinds of jewelry. She set up festive Dept 56 displays every Christmas. She made fidget blankets for brain injured patients and quiet books for toddlers. Her latest challenge was LEGO Creator Expert sets containing over a thousand pieces, which she completed in record time. She leaves to cherish her memory, her loving and devoted husband, Lawson, four children, Lawson, III (Karla), Carmen, Paula (Lawrence –deceased) and Jennifer, four grandchildren Stephanie, Rachel , Bryce and Brandon and three great grandchildren, Keiara, Devin and Ryah. She also leaves brother and sister in-laws James, Charles, Georgina and Len, and nieces and nephews James, Jeff, Adrienne (Michael), Janaya, Pia (David), and a host of other relatives and friends

Mary Frances Moss Williams was born in Boston Massachusetts on December 17, 1933. She was the daughter of Clarence Lorenzo Moss and Carmen Montressa Harding Moss. Early Life Mary Frances&#8217; family moved around quite a bit during her... View Obituary & Service Information

The family of Mary Moss Williams created this Life Tributes page to make it easy to share your memories.

Mary Frances Moss Williams was born in Boston Massachusetts on...

Send flowers to the Williams family.